Having training and credentials is a solid asset to possess, but additionally at UserTutor Corp. one of the features we look at when reviewing candidates for employment or as associates is what they have done on their own to exceed themselves. And so, a few words on autodidacticism: 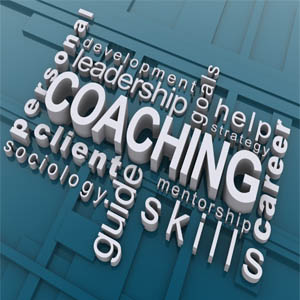 Definition: “A process in which students take the initiative to diagnose their learning needs, formulate learning goals, identify resources for learning, select and implement learning strategies, and evaluate learning outcomes. The role of the instructor shifts from being the ‘sage on the stage’ to the ‘guide on the side’ in a self-directed learning environment.”
Courtesy: NETnet

Self-directed learning puts the control, and responsibility, into the hands of the student.  You decide what your objectives are, what you want to learn, and the efforts you will employ to gain that new knowledge.  That is a reward in itself, and the advantages for the entrepreneur are obvious, but this begs the question of its value to employment.

10 Advantages of Self-Directed Learners in the Workplace

The following list further provides qualities that you, as a dedicated autodidactist, can confidently include in your personal profile:

Take confidence – many great accomplishments came from the hands and minds of the self-taught!

Bill Gates
If he’s not the most famous college dropout in American history, he is for sure the wealthiest. Bill Gates as if you didn’t know is co-founder of Microsoft and easily the richest man in the world.

Alexander Graham Bell (1847-1922)
Self-taught inventor of the telephone and telegraph. His college experience consisted only of attending a few lectures.

Richard Branson (1950-)
Flamboyant British billionaire Branson chose business instead of college. He is the owner of Virgin Records, and Atlantic Airways among others.

Andrew Carnegie (1835-1919)
An icon of the era of American industrialization and at one time the richest man in the world, Andrew Carnegie said “no man becomes rich unless he enriches others.” He received his education not through school but through work and became one of the world’s greatest philanthropists.

Arthur C. Clarke (1917-)
Arthur C. Clarke is one of America’s most celebrated science fiction writers. Too poor to go to college, he educated himself by reading magazines. He has written more than 60 books, with 50 million in print. These include 2001: A Space Odyssey, and 2010: Odyssey Two.

Walter Cronkite (1916-)
One of America’s most celebrated journalists and longtime CBS news anchor, Cronkite dropped out of college to work for the Houston Post in 1935.

Michael Dell
College dropout turned richest man in Texas. Dell left college after one semester to sell computers. Today Dell is considered one of the most dynamic computer companies in America. Would you hire this dropout at your high tech company or would you require an MBA?

Charles Dickens (1812-1870)
Thought by many scholars to be the greatest English novelist of all times Charles Dickens had his childhood schooling cut short in favor of factory labor while his father served time in debtor’s prison. With his formal education over at the age of 15 he furthered his learning in the courts as a clerk and as a newspaper journalist. Charles Dickens’ works are too numerous to mention, but a few you’ll likely recognize are David Copperfield, A Tale of Two Cities, Bleakhouse, Great Expectations, Oliver Twist, and Little Dorrit.

Thomas Alva Edison (1847-1931)
Thought by some of his teachers to be too stupid for school, Thomas Edison was taught at home by his mother in his early years. Eventually this self-taught scientist would himself become the big bang of technology, holding more than 1000 patents and pioneering such technology as the electric light and the phonograph.
“Thomas Alva Edison was beaten at school with a heavy leather strap because his teacher considered him “addled” for asking so many questions. He was chastised so much that his mother took him out of school after only three months’ formal education. He went on to become probably the most prolific inventor of all time.”
Courtesy: Autodidactic Press