Ali was changed in his pursuit.  He trained so that his arms were muscled stronger than they had ever been, and his ligaments and tendons were toughened. 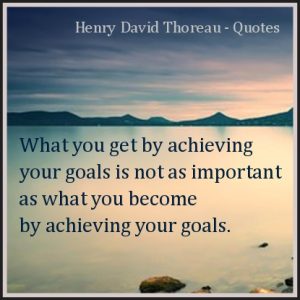 In the fight they were battered and bruised right to the bones but still delivered when he started throwing his finishing combinations.  He also trained those combinations over and over so that when he began to throw it was with razor sharpness and pinpoint accuracy.

And despite Ali’s colourful trash talking and baiting of opponents before and after his matches, he and Foreman became friends – eventually best friends.

Some signals that you are uncertain and changing for the worse:

These things are bound to happen along the way but when they start to define your attitudes and behaviours it is time to re-evaluate and decide whether you can strengthen your belief, or accept that you are not yet ready to achieve.  Every hammering blow Ali received from Foreman was an invitation to become discouraged and to question whether or not he could succeed.  He would certainly have had his moments of doubt, considering he would lose, thinking his trainer failed him, wanting to just drop his arms and give up – but he stayed with it because he was persuaded the moment he was awaiting was coming, and he was trained and ready to act when it appeared.

Ali knew what he was looking for.  He was watching for that moment when Foreman would drop his guard enough for Ali to set his offensive flurry into action.  George was a skilled and trained athlete and when he dropped his guard in the 8th round it would only have been a second at most – one second in nearly a half hour, and Ali saw it and acted because he was expecting it and trained for it.  Foreman went down.

What is your goal?  Why will it succeed?

Answer those two questions and you know what you are preparing for and you understand what you should be watching for.

Start preparing.  Whatever your goal is, identify what it is you are watching for – that moment when the situation you are in drops its guard.  Watch for it as you absorb and shrug off the obstacles that present.  Decide exactly what you are going to do when that moment presents and be ready.  That moment is the turning point when thean employer finally hires you, or one of the banks approves your loan, or the car sells, or whatever that moment is you watch for.  You know exactly who you are going to call, exactly who gets paid what, and where the investments are made because you have prepared for it.

You prepared for it because you believed it would happen.  And when it happens you act on it.

Rope-a-dope.  The “beatings” you might absorb are no surprise but the goal sustains you through it because you are waiting for and working towards that moment when the opportunity presents.

You prepared for it because you believed it would happen.  And when it happens you act on it.

Rest in Peace, Muhammad Ali (Cassius Clay).  The legacy of your life continues to inspire.  Thank you.