When and how provide the dynamic elements to the who, what, and where.  Tying them all together with the strength that supports tenacity and endurance is the why. 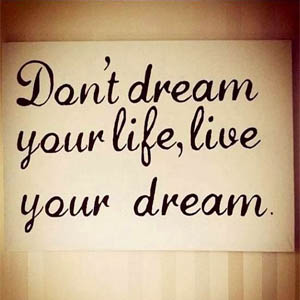 The dream has taken on substance by this point in the exercise.  It is clearer what the dream is about and what it is intended to accomplish or provide.  Now we look at one foot in front of the other as the dream takes on dynamic features and becomes substance in action.

The information gathered and sorted in Part 1 will play its part in this section.  An exploration of when and how will reveal and identify practical steps in making the dream a full reality.

The dream has taken on substance by this point

Tell the story of a typical user or partaker of the dream.